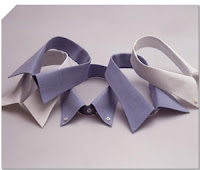 “I’ve had five shirts made by XX on Savile Row, and I’m not currently in possession of any of them. They are all being altered or the sleeves lengthened, some have been there weeks and some months. Every time I phone up the reaction is ‘oh yes, I really must get onto that’. It’s quite frustrating.”
This is a friend relating his experiences of bespoke shirtmakers. Another one, this time off Savile Row, has never phoned him. Not once have they picked up the phone to update him on the progress of an order, or even to tell him something is ready. “Last week I finally called them, and they said ‘oh yes, it’s been here for weeks, why don’t you come in and get it?’ The idea of efficiency is alien to them. Customer service means being polite – and they are, they’re both very nice gentlemen. But it would be nice to have my shirts.”
This was often the way with traditional craftsmen. But as the world has moved on, giving customers greater service and reliability, they have stayed stock still.
Tailoring, suits and bespoke have never been more fashionable. This season the men’s shows saw models coming down the runway in double-breasted suits, ties and pocket handkerchiefs. How long is it since that happened? Suddenly everyone is talking about waistcoats, or bow ties. We are at the apex of the trend.
Matters sartorial have been quietly growing in popularity for four or five years (something that has probably contributed to the success of this blog – it can’t be the quality of the writing). But from the apex the only way is down. Once the high street has caught on, and your friends are buying more suits, the trend is dying. In three years it will all be tracksuits and sportswear.
Some tailors have grabbed this opportunity with both hands. They have invested in their businesses, introduced modern management and become spokesmen for the industry. I would place Anderson & Sheppard and Norton & Sons in this category.
Others have reacted to the increase in business by taking longer to make things. They’ve always had two tailors; they still have two tailors. If orders double, they just take a year to make rather than six months. They haven’t hired any more staff. Perhaps more importantly, they haven’t hired any younger staff.
My friend is not alone in his frustration. I have heard similar stories about shirtmakers and some tailors – all of them old, all of them traditional. Those are the businesses that won’t be around when young men are wearing tracksuits again.
The tailors that will survive are the ones investing now.

You can follow the discussion on The tailors that will survive by entering your email address in the box below. You will then receive an email every time a new comment is added. These will also contain a link to a page where you can stop the alerts, and remove all of your related data from the site.