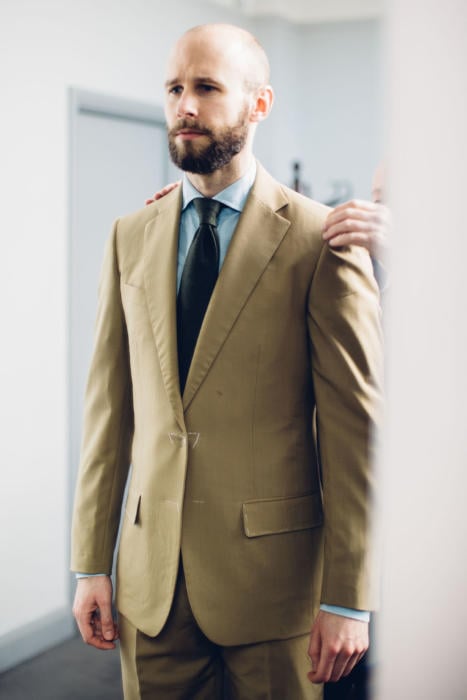 So, how shall we tackle this one then? Look at house styles in turn, or body shapes?

I suggest we should look at each major house style, and consider the effects that each has on the body – accentuating one aspect, minimising another. It can then be up to the reader (one of whom asked this question) to apply those effects to their own shape.

For an important point is that no style is necessarily ‘good’ or ‘bad’ for a particular body. It just makes that body look wider, taller, bulkier or slimmer. It’s up to the wearer what they want to look like.

House style also has an important effect upon formality and style in general, and we will touch on that. There’s no point picking a suit that makes your shoulders look great but it is entirely too formal.

We will also focus on the shoulders and chest. Because they are the most important things in the look of a jacket, and because they are most affected by house styles.

Lastly, it’s worth emphasising that these exercises in consideration of shape and structure are just as useful in picking a ready-to-wear suit as a bespoke one. A Huntsman ready-made suit fits into style no.1, most Italian RTW brands fit no.3, and Neapolitans like Attolini fit no.5. 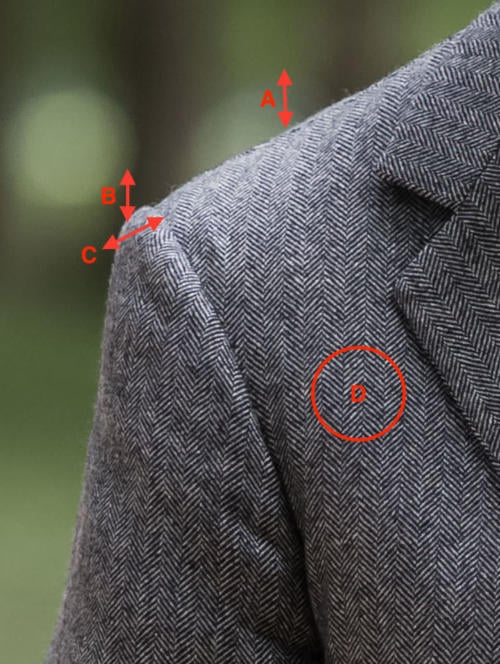 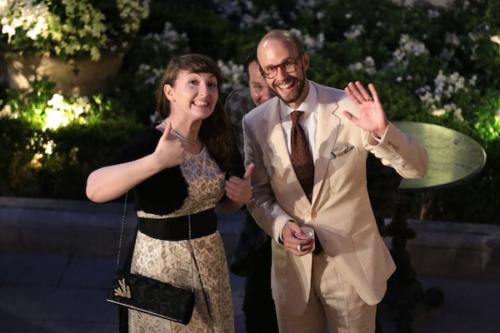 Most traditional English suits have a good amount of padding in the shoulder, making them quite square, and heavy canvas in the chest, cut fairly close to the wearer.

You can see that effect in the linen suit above, made for me by Terry Haste. The shoulder is large, making me look broader and perhaps stronger in the body than I actually am (I have relatively sloping shoulders).

That breadth of shoulder can also make you look slimmer, as the angle between the shoulder and waist is maximised. It’s an effect that can also be achieved by long, peak lapels and might be preferred by someone that is very slight and wants building up.

The other major house style, led by Anderson & Sheppard, is known as the ‘drape’. The shoulders and chest are softer, and the shoulder a little elongated as well.

But most importantly, extra material is draped across the chest and back – in the case of the chest, with hand-padded canvas giving the chest a definite curve, suggesting greater bulk to the chest and upper body.

You can see something of this curve in the picture above of an A&S jacket. I’ve always liked it because I prefer the impression of strength in the chest rather than shoulders – and the drape has the nice knock-on effect of being more comfortable.

The effect is often disliked by shorter or slight men, who want more shoulders and breadth.

Although the major French tailors differ in many ways, their general approach to style is quite similar. They all make a much softer shoulder and chest than the English, and the chest is quite ‘clean’ – cut close to the body.

But they achieve an impression of breadth similar to the English structured tailors by emphasising the very end of the shoulder – the sleeve head. The Cifonelli ‘rollino’ is well-known, but the full sleevehead of Camps de Luca is also pretty distinctive (as seen in the photo above).

This is effective on those that want a broader shoulder but dislike structure. The close-cut chest, however, can accentuate the area in those that are thin in this area.

Many other tailors, English and Italian, also make use of a roped shoulder to create this effect – I’ve had some of mine cut deliberately with more rope for this reason.

The style cut by most tailors in Milan and Rome derives from the Abruzzo region and Caraceni diaspora. It is similar to the French in terms of shoulder and chest structure, but usually without much rope to the sleeve.

The shoulder is quite extended however, pushing out into the sleevehead even if there is little rope. This is in sharp distinction to the Neapolitans in the south of Italy, whose sleeves drop immediately (some would say beautifully) from the end of the shoulder.

This Milanese style can seem square on some men. It broadens the shoulder but doesn’t have the padding or roll to lift it up. The effect is often favoured by guys looking for a lightweight but relatively formal style.

A jacket cut in Naples usually has the very least padding and canvas required to maintain a clean look to the shoulder and chest. More importantly, however, it often has a ‘shirt shoulder’ where the sleeve noticeably runs underneath the shoulder (a look more similar to a shirt than a normal suit).

The effect is to give no extra height or breadth to the shoulder – to make them appear small and rounded. A large man or one with big shoulders may like this, as it adds nothing more to what they already have.

It is here that style becomes most important. Because men that buy Neapolitan jackets usually do so for their ultra-casual, relaxed appearance. They are the only jackets – for me – that work with jeans.

Where an English tailor may say that his suit makes the man look his (physical) best, a Neapolitan may well respond that his makes him look cool. Or simply shrug his shoulders.


There are many caveats to this list, and many omissions (nothing of pagoda shoulders, nothing of Florence, nothing of buttoning point, hips, length or foreparts). But it should hopefully serve as an introduction to the idea of thinking about the effects a style creates – and then whether you want those effects or not.

It’s a question of taste, of personal style. Of understanding the rules rather than memorising them – or, as Picasso put it, “learn the rules like a pro, so you can break them like an artist”.

You can follow the discussion on Which house style suits your body shape? by entering your email address in the box below. You will then receive an email every time a new comment is added. These will also contain a link to a page where you can stop the alerts, and remove all of your related data from the site.

Last reply was 4 weeks ago

Let me double check. I gave them the cloth so I'm not sure. I'll ask now

Thoughtful homage to Ralph, Simon. Could not agreed more with the white linen handkerchief in the overcoat breast pocket to add contrast. Adopted the same trick myself more decades ago that I care to admit. My parents had kindly given me a classic Brooks Brothers,…