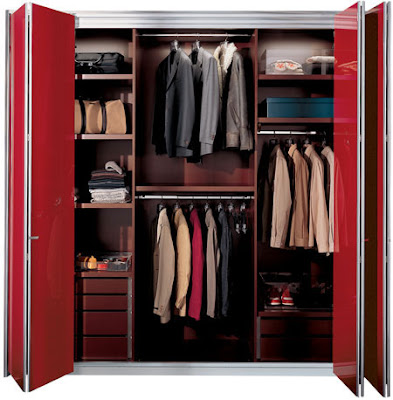 I commissioned my third bespoke suit from Graham Browne today, and I had thought about the choice pretty constantly for three weeks. There was one particular bad night in Hong Kong, plagued by jet lag, where I turned over the options for jetted versus flapped pockets for seven solid hours. I like to hope it was the insomnia that made me obsessive.

Essentially, it was a question of wardrobe building. Which suit should I commission next, given my existing bespoke, from Hong Kong and London, and ready-to-wear suits.

The existing wardrobe of suits is:

(Plus a few others either too old or cheap to mention…)

So what to commission from Graham Browne next? I want to build up a relatively conservative, business wardrobe. So the next commission would likely be navy or grey. My previous two suits from Browne were both blue, so logically grey next? But then all three Hong Kong suits are shades of grey…

Plus both the British bespoke suits have been heavier wools (12-ounce worsted and 13-ounce flannel). I haven’t really got a normal, worsted bespoke suit yet – one that would stand out at a conference only for its cut.

It was all rather introverted and narcissistic. And not helped by the various cloths on display, such as a lovely thick, grey herringbone that was just sitting there, left over.

In the end I went for an SB two-piece in mid-blue, one button and with a slight cutaway to the jacket front. The cloth is 9.5 ounce, with a very small herringbone. A basic business suit, really. My only concession to experiment is the trousers – high waisted, to be worn with braces. I’m excited about this, my first ‘braced’ suit. The trousers will be about one and a half inches higher than mine at the moment, which isn’t that much; but there will be a fish-tail back.

Oh, and I couldn’t decide between a peaked and notched lapel. So I went for a fish mouth instead – where the lapel is slightly pointed upwards, but not as much as a peak lapel, and not extended either. It creates a smaller, more pointed notch. And is a compromise between the two traditional options.

Expect pictures of this fishy suit being cut soon.

I have this exact problem every time I commission a suit! I’ve actually cancelled and re-ordered a particular suit up to three times, although I have to say, if this is the biggest problem I have, I’m doing quite well.

Well, you give us a point in time (NOW) in what is actually a continuum or a flow of experience from your point of view. I am sure you had a pretty good reason when you got those three gray suits from Hong Kong (one after the other, right?) but that pretty much eludes us at the moment.

Perhaps you should follow your own advice and buy a brown suit for business wear. Brown in town.

How many suits do you purchase per year? What percentage of one’s income should normally be devoted to clothes as well as specifically to suiting?

CH,
You’re right, not quite sure what lay behind that decision. One was to buy double-breasted and flannel, one to buy a three-piece and the last to get a glen plaid/sports jacket. Could have combined them I suppose.

Eugene, I have considered that yes. There is a lovely dark brown flannel in the Lesser bunch I was looking at. Perhaps next time.

David, I’m far from being consistent as I am just getting into bespoke – probably buying fewer but spending more on each. So I don’t think an average of the past few years would be advisable at this rate.

But generally I think if you are buying four bespoke suits or jackets a year you’re doing well. Depends on usage as well of course.

1. Is flannel any good for a suit i.e. will the trousers retain their crease and will the suit not gather lot of lint vs. say a normal worsted?

2. Is Mohair acceptable for a work suit, and what about Fresco? Don’t these fabrics look too shiny and have a terry/polyester like less elegant finish?

3. With a DB suit, is it okay to pair flat front trousers without cuffs? Aren’t DBs mostly paired with pleated trousers with cuffs?