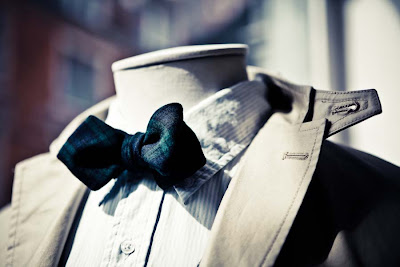 [Cotton jacket by Beams Plus, shirt by BD Baggies and bow tie by Drake’s]

Tomorrow is the official opening of Trunk, an innovative new boutique in London’s Marylebone. Though the shop has been welcoming passers-by for the past few weeks, as new merchandise arrived and the builders finally put up those rails in the basement.

Being in Marylebone, ten minutes walk from Selfridge’s but surrounded by a residential community, there are a fair number of passers-by: men in their thirties attracted by the shop window, containing understated but somehow sharp pieces of clothing. And those men mix with the knowledgeable visitors that are there to seek out brands that they have discovered are only available here in the UK.

For this is Trunk’s business model: stocking great Italian, Japanese, Swedish and American brands that already have followings among London residents, but could only be found abroad. 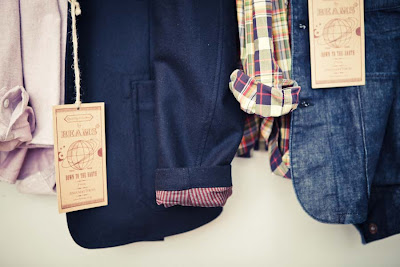 [Shirts by J Crew and jackets by Beams Plus]

J Crew, surprisingly, has never sold in this country and is in Trunk with a collection of washed and hyper-preppy shirts. BD Baggies, a new one on me, has even softer and casual American work shirts, while Kitsune (made by a Japanese gentleman, in France) is the opposite end of the scale – formal dress shirts with fine stitching and sharp, unfused collars.

Regular readers will remember Piombo, which I discovered while wandering around Milan last year. Great jersey cloths and use of deep colours, as I recall. Well Piombo is now in Trunk, the only outlet for it in the UK. Mats Klingberg, whose idea this whole venture was (and neighbourhood this is), has picked out Piombo as the provider of the most formal items at Trunk – hopsack jackets and unlined overcoats, in conservative navy but great cloths. 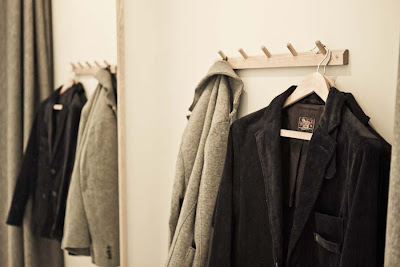 The greatest discovery for me though was Barena, a Venetian company that does soft tailoring and knitwear that is disarmingly sharp. A double-breasted grey jacket, for example, cut slim in a knitted wool but with unfinished edges intended to echo the fisherman of the Veneto.

It’s also great to see the whole range of Slowear products here. For those that don’t know Slowear, it is a group of similarly craft-minded companies that specialises in one area each: Incotex for trousers, Zanone for knitwear, Montedoro for coats/jackets and Glanshirt for, well, shirts. Incotex, in particular, has a great reputation. 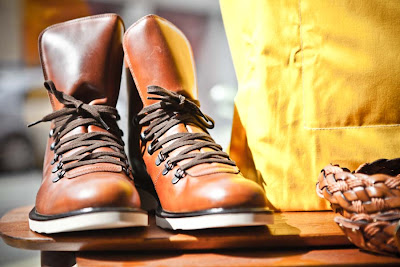 [Boots by Common Projects, belt by (ki:ts), bag by BAG’n’NOUN]

There are some standards here as well – Drake’s ties and handkerchiefs, Sunspel T-shirts etc. And a fair few casual brands that are less known to me, like Beams and Woolrich. Overall a great range for any discerning gentleman, with a similar style and attitude to craft.

As with any personality-driven venture, the clothes here are the one’s that Mats loves, the ones he shops for in Europe and the ones he wears himself. That has always been a very daunting idea to me – trying to sell your own dress sense to others. “It’s certainly a little frightening, but I’m finding it fascinating just in the first few days seeing which brands people go for. For me and them it’s a process of discovery,” he says.

Good luck to him. 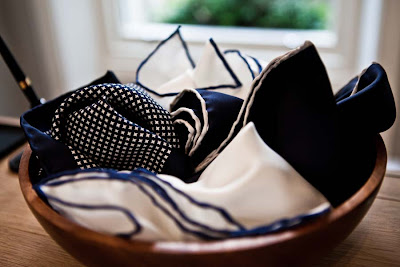 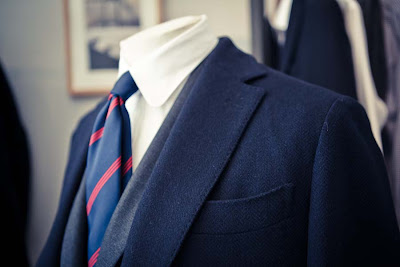 [Handkerchiefs by Drake’s, jacket and overcoat by Piombo]

You can follow the discussion on The opening of Trunk Clothiers by entering your email address in the box below. You will then receive an email every time a new comment is added. These will also contain a link to a page where you can stop the alerts, and remove all of your related data from the site.