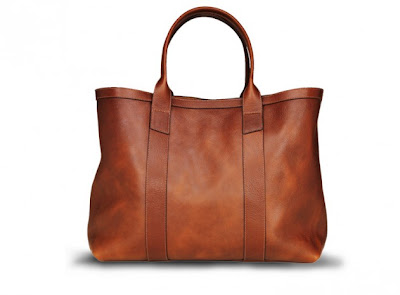 About two years ago our desk lamp broke. The man who owned the electrical shop down the road from my mum was good at repairing these things, so we took it to him and had it repaired for £20. Last month another lamp broke, but the shop has since shut so we threw it away and bought a new one. Apparently the owner found it hard to compete with the big electrics stores and repairs didn’t bring in much money.

This occurred to me recently because Joe Lotuff used a similar example to describe American consumerism today. “When I was young you bought a good toaster and had it repaired when it went wrong,” he says. “Today you buy one for $19, made in China, and throw it away when it breaks. It goes into landfill and you buy another for $19.”

But Joe is optimistic. “I think the reaction to well-made American products, like our bags, shows that people are ready for a change.”

Joe and his brother Rick came from a family of textile manufacturers in the US. In 1996, tired of operating a business based on beating down costs, they founded an American bag company with Frank Clegg. Frank is a third-generation leather craftsman, coming from a family that originally ran tanneries in London.

Their reaction against cheap, imported goods leads to the following Lotuff & Clegg philosophy: simple and functional leather bags that are made to last. Hardware is minimised because this is often the point at which a bag breaks. Few zips are used for the same reason, and where they are used they are always straight. Curved zips create stress that shortens their life. “I must have half a dozen things up in the attic where the zips have gone,” says Frank. “They’re not easy to replace.” 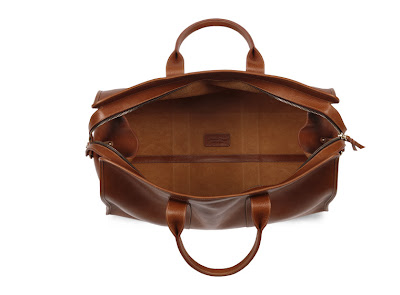 The bags are usually unlined for the same reason; linings are a weak point. Plus, leaving them unlined shows off the quality of the leather being used, with no room for faults in the skin or errors in the interior construction. The leathers are all vegetable-tanned, cut from big skins where the colours of the leather can be easily matched at the edges.

Function is equally important. The handles (all made of six layers of leather) are tested to fit into the hand, perfected to the quarter of an inch. The handles of the duffle bag are also made to fit into each other, making carrying them more comfortable.

Joe is a fan of many brands featured on Permanent Style. He likens the way one of his bags feels better in the hand to the superiority of an Anderson & Sheppard suit over Ralph Lauren Purple Label. It is impossible to know why they feel better unless you know how they are made. But the difference in quality can be spotted immediately, by anyone.

A bag doesn’t have the same personal aspects of fit as a suit. But aesthetics too are elevated by craft and attention to detail – Joe likens it to the rounded waist of a bespoke shoe (he’s a Cleverley customer of some standing).

Having experienced Lotuff & Clegg bags, I can attest to the truth of everything Joe says. They remind me most of Judy Bown’s bags here in the UK, of which I have used the overnight cabin bag for two years now and it continues to get better with age.

Most of all though, I love Joe’s attitude and his optimism. While based on the thinking that lay behind “companies like those of my father and Frank’s, which had no more than 300 accounts”, he has created a successful American brand online that will be in several of the country’s big department stores later in the year. He has used the scope of the internet to “hang a shingle outside the store and see who’s interested”, and seen such a response that there is already a substantial backlog. One British customer recently ordered two bags, then after they arrived ordered another three, so thrilled was he when he saw them in the flesh.

There’s a good video showing some of the construction here and the leather here.