The most relied upon measures of luxury today are the materials used in a garment and how much manpower went into it. The second of those measurements might not be as straightforward as you think.

True bespoke is done by one tailor, from scratch, to your precise and individual measurements; a new set of paper patterns is made just for you. Made to measure is individual, an adjustment to a standard pattern; the implication is that there is extra time involved in making those adjustments, and in taking your measurements.

The best ready-to-wear clothes also involve more time – more hand-stitching, fewer stages and fewer tailors. Shoes sell themselves off time – the number of stages in the benchmade process. That quality is one reason some men prefer handmade shoes on standard lasts.

But two of the most famous clothing makers today – Brioni and Charvet – were successful because they automated the tailoring process. They cut the time it took clothes to be made. 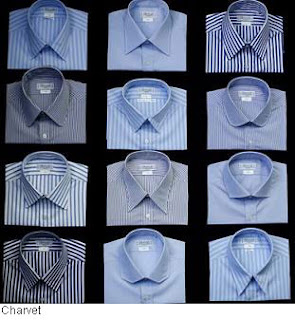 Charvet was initially famous because it was the first shirtmaker to set up a shop – so that the customers came to them, not the other way around. And the biggest contribution of Jean-Claude Colban, the current owner, was to create a system of distributing work that organised shirt-making into specific areas of expertise. He created a factory line, essentially, with the same quality of tailors but each doing one stage in the process.

Good old Adam Smith and the division of labour.

Brioni was founded by Nazareno Fonticoli and Gaetano Savini in 1945. By 1959, their popularity had grown so much that they needed a new way to cope with the demand. So they created the world’s first factory-sized sartorial workshops in Penne, a small town with a long history of tailoring. They faced revolt when they first suggested the idea, with local tailors seeing it as the death of centuries-old hand tailoring.

But 50 years later, both of these brands are seen as bastions of quality workmanship. Salvatore Ferragamo was the same. He converted bespoke shoemaking into a semi-industrial process. So who’s to say that the business models we criticise today won’t become the bedrock of future success?

Kilgour was criticised for offering a cut-price bespoke option that involved manufacture in China. But what’s wrong with that? If they’re the best tailors in China? If they’re better than a lot of the tailors in the UK?

Savile Row tailors pride themselves on having most manufacture within the environs of the Row. Turnbull & Asser prides itself in having all bespoke made on Jermyn Street. But why is it better that something’s made on Savile Row? That it’s handmade? That it’s made in the UK even?

Influence the world in your tailored suit!Because every man need to have at least one taliored suit!Euro Tailors