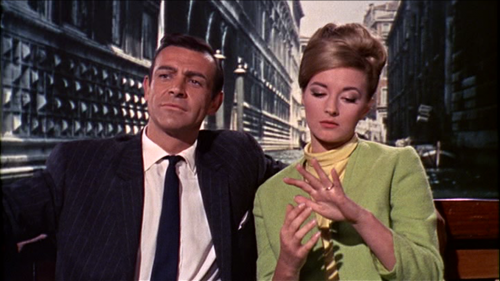 One question I often get asked is how to pick out the colour of your pocket handkerchief.

Well, I’ve written before (here) about harmonising in colours rather than matching – essentially picking out a second colour other than your tie’s that you think goes well with the shirt and jacket. Or, as someone put it to me recently, “so it’s like thinking of two ties that go with the outfit, and just using the colour of one of them for the handkerchief?” Yes, that’s a good way to put it. Of course, if you’re not wearing a tie, then the colour of your handkerchief should be thought of in the same way as the tie would have been (longer explanation here).

But. All this is to presume that you want a coloured, patterned or otherwise fancy pocket handkerchief. You may not. Indeed, your default setting should not be colour and pattern, but plain white linen. That’s in the pocket to start with. It is a conscious decision to add colour afterwards.

Bright, crisp white is the smartest colour a man can wear. This is why, back in the age when collars were starched and attached with studs, they were white. The body of the shirt may be striped or brightly coloured but the collar and cuffs were white. Because it is bright, because it is clean and because it provides the greatest contrast with the fabric of the jacket.

A strip of white around the neck and two around the wrists. It brings dignity and formality to any outfit, and today’s equivalent is the linen pocket handkerchief.

In the same way that today’s blue or pink shirts – that do not have detachable white collars – are a little more casual than those of old, the next option down your ladder of handkerchief choices should be something similar to the colour of the shirt.

Not exactly the same, necessarily, but similar. If the shirt is pale blue, go with a similar blue with a white polka dot. Or a darker, navy blue. Perhaps even a blue pattern with some white or yellow thrown in. The point is, the handkerchief will harmonise with the shirt if it’s dominant colour is the same.

White is the default; the second choice is to pick a colour similar to the shirt. Last is to pick something brightly coloured that plays a similar role to the tie (as described earlier on). Many men get this order entirely the wrong way around. They think that the handkerchief must play a similarly decorative role to the tie, as it is often silk and very much on display. That is your last choice – the sporty one, the more showy one, the rakish one.

I would agree with your thoughts here and I would also avoid wearing a matching tie and square combination.

I personally prefer linen to silk squares as well due to the ability to do a wider variety of folds with linen.

How about a round-up post highlighting pocket square folding techniques/trends from earlier posts on Permanent Style?

A very good idea, Rob. I was actually considering a post on collected highlights, as people often ask questions that I have answered in the past.

Two questions: (1) Is there are a reason to choose linen over cotton when opting for a white handkerchief? (2) What’s the dimension of assessment of linen? A quick internet search reveals a range of prices. How do I tell what’s good value?

This is a great explanation. As usual, it’s informative and useful. I’ll try thinking of pocket squares this way.

Now, a question: If you were to wear a shirt with contrast collar and cuffs (in white, of course), what would you choose for a pocket square, and why?

Linen tends to look crisper and therefore smarter. It does require ironing and is harder to look after however. Look for handwork on the edges of linen, otherwise it is just up to the quality of the material, which I have to say I am not an expert on.

Thanks, pleased you liked it. I think it would depend on how comfortable you were with the boldness of the contrast collar/cuffs. If it was something you were happy emphasising, I would go with white. If something you’d like to tone down, probably a harmonising colour (rather than something that more closely matched the shirt body).

Who is that actor in which film? (He looks like Sean Connery but I don’t remember any such scene)

From Russia with Love I believe