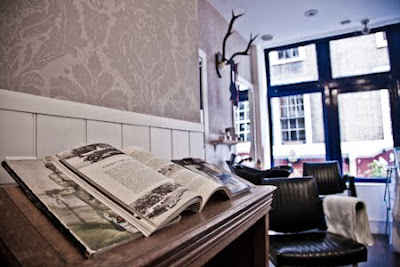 Shaving is the biggie. Though I wear a beard, I shave a portion of my cheeks and a good couple of inches of my neck every other day. Although it wasn’t uncomfortable, shaving always seemed to produce redness and little lumps on the skin. It would calm down after a few hours and wasn’t that noticeable, but it wasn’t exactly chic either. I’m not about to start cleansing, but I recognise that I should look neat.

In order to try and learn something, I arranged an appointment with Murdock’s. It always looked like a very pleasant place to be – proper old reclining chairs, steaming towels and an army of unguents – but I had never been in. Probably due to the urge not to spend money, as mentioned. 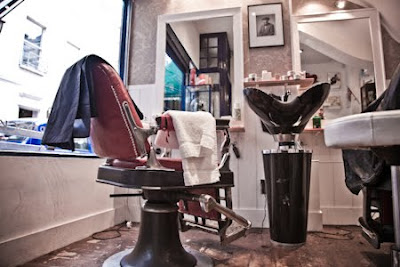 Alex Glover, my barber, was very tolerant: I asked a lot of questions. (Not necessarily a sensible thing to do when someone is shaving you with a cutthroat razor.) It turns out that most of my preoccupations about shaving well, probably gleaned from skimming but never actually reading GQ articles on the subject, were all wrong.

I assumed the redness on my neck was because my skin was too cold, creating goose bumps that were being cut by the razor. Sometimes I would put a hot flannel on my neck to try and warm it up. Then I’d feel guilty when I was in a rush and couldn’t be bothered. No need to worry, according to Alex. As I usually shave after a shower, the skin should be warm enough.

I assumed that I should only use a blade two or three times before changing it. And again I felt guilty when, through cheapness, I didn’t. Wrong again. Alex says modern razors should be good for a few weeks, certainly with my usage. “The industry is set up to encourage you to change it all the time. Think through the marketing.” 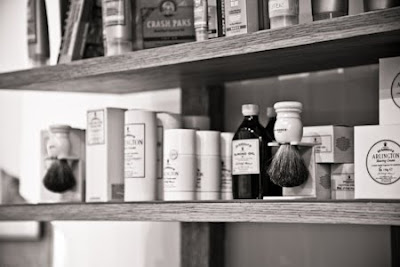 So what should I do? Well, my hair swirls a little at the neck and has a few ingrown hairs. Both make it hard to shave cleanly. But the job is made harder by using modern, multi-blade razors. These press the skin down and, though they shave close, can cut the follicle or even press hairs into the skin. If your hair is arranged nice and neatly, it’s not a problem. If you have my swirly pattern, it will create more ingrowing and more inflammation. Use a plain two-blade razor instead.

The other thing that can damage the follicles is shaving against the grain. Although doing this does get a smoother finish, it’s hard to do consistently if your hair isn’t perfectly aligned. At the most, pick and choose wear you go against the grain. Your neck is likely to be the hardest part and therefore least suited to it.

Clean your shaving soap off with cold water rather than hot, so the pores close up again before you moisturise (I knew that one). Avoid using hard soap in an area with hard water as it’s hard to get a decent lather (that one I didn’t); use cream instead. The badger brush should be made use of to work into the skin and lift any recalcitrant ingrowers away from the skin. 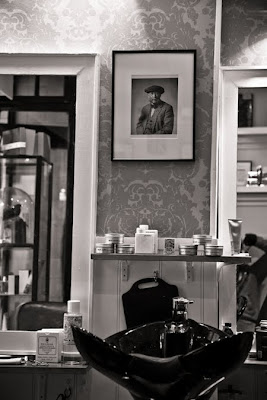 Finally, if your neck is inflamed, try a moisturiser or repair product that contains some Salicylic Acid. Alex recommended Clubman’s Bump Repair Gel.

I don’t know which of those tips made the difference, but my neck is looking a lot better this week. Thank you Alex and thank you Brendan. 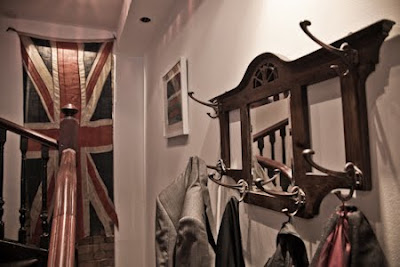 You can follow the discussion on Murdock’s: Learning how to shave by entering your email address in the box below. You will then receive an email every time a new comment is added. These will also contain a link to a page where you can stop the alerts, and remove all of your related data from the site.

Hi Tom - I checked and they weren't planning to, because they don't have many sizes. But they'd happily bring your size if you contact them. Ask for Marcus

No, generally it doesn't

The quality is very good, and I'd have no doubts there. But do consider the style carefully. It is short, and gets shorter with wear. You might find it's only good with really high-rise trosuers

Yes. Nice to have some contrast elsewhere, eg white shirt