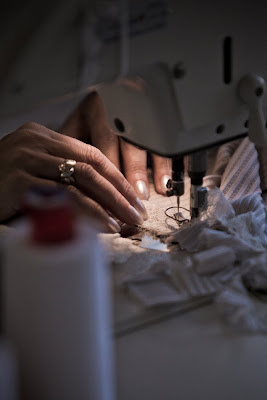 Of all the factories I have visited for the current book, the contrast between product and production was greatest at Zimmerli.

The production facility is a small, two-storey building in Coldrerio, a Swiss town just across the border from Como. Walking through the front door, the first thing you see is a dog-eared poster of David Beckham, wearing a Zimmerli vest. Next to it is a large photo of the Zimmerli team, taken a few years ago in front of the hills across the road. There are no more than 50 people, with the handful that have left highlighted by the snapshots of their replacements that have been glued over the top.

Upstairs are 30 women, mostly middle-aged, working at flat-bed sewing machines. Other male wearers of Zimmerli underwear, including another Beckham, and a huge Vanity Fair cover decorate the walls. The place is clean and pleasant, but distinctly lacking the glamour around the Zimmerli stock in Harrod’s and elsewhere. These are £50 pants, in some cases.

This is not the Zimmerli headquarters, which lie further north in Aarborg. That was where Pauline Zimmerli Bäurlin first started making socks for her children back in the middle of the nineteenth century. But the other local facility, the cutting room down in Mendrisio, is if anything even less glamorous. On the first floor of a warehouse in an industrial zone, the four staff slice up 20-foot lengths of cotton on an old machine that used to cut denim. The view is of a parking lot and railway lines. 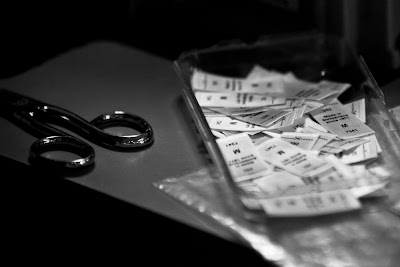 None of this really matters, of course. I always say I love factories because you escape the marketing and bullsh*t of brands, their stores and their PR agencies. You can’t put a spin on a factory – this is simply how the product is made.

Zimmerli’s quality is down to the incredibly fine materials it uses, from Sea Island Cotton to incredibly lightweight Egyptian cottons. Turning from the factory visit, therefore, to my Underwear Project, of all the brands I tried Zimmerli is really the only one where the quality of the material is consistently noticeable.

That goes for some aspects of the construction as well, such as the fine single-needle seams and flat seams around parts of the underwear. The sewing machines that do that work aren’t particularly special – it’s just a question of giving more women more time to do the work.

In that way, and perhaps unsurprisingly given the cost, Zimmerli is unquestionably the best underwear I tried as part of the project. My only word of warning would be the styles, some of which can be a little old-fashioned. The Boxer-Short (252-842 in Royal Classic), for example, although it looks like a standard short, is very long in the leg and plain in design. In a thin, almost translucent cotton, that can be a little disconcerting. The shorter boxer, called a Pant (252-8851), is a good fit but surprisingly tight around the back of the leg.

There is a huge amount of variety at Zimmerli (Royal Classic alone has 12 shapes of underwear) so it shouldn’t be difficult to find a style that you like. But I recommend spending the time to do so. 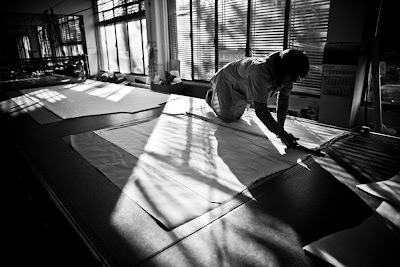 Great report! Agree with you re. your warning about some of their styles – a few would really suit my grand father! 😉

I bought my first Zimmerli underwear more than 30 years ago, and have not found anything to match their quality and durability. By the way, their headquarter is in Aarberg, not Aarborg.

Simon–
I love your reports (and Barnham’s photography) from the factory floor as it were. Cuts so much closer to the heart and soul of a brand. One gets a sense of commitment and culture Although I care far less about the quality of my shorts than would warrant spending £50, there is satisfaction in knowing that The Best can still be had in a world of cheap imports and commercial hype. Great to see excellence remains a priority in many (family owned) business….. Now if they can just stay out of the clutches of mass-marketing conglomerates…. Greatly looking forward to your book. Hope design and art direction will serve the content. writer and photographer as well. Eagerly awating publicaion!.

You’re very kind, thank you. I do hope that these reports are of interest, despite some of the products (I’m thinking Hermes bags!) being out of reach for many readers, indeed for me.

The book is going well and will be a great, hard-backed coffee table volume, so Andy will have plenty of room.

Great report Simon, always good for people to better understand what is behind a niche brand. The rare thing with Zimmerli is that they are a true underwear specialist, not just another global brand that decided to launch an underwear range!

It’s interesting that some of the rather old fashioned styles remain big sellers with their loyal fans. Many people just don’t like change once they’ve found what they like!

For my mind Zimmerli really can’t be beaten. I’m also a great fan of Falke socks and was very pleased to see Zimmerli appear on one of my favourite sites, http://www.SocksFox.com They have a wide range which includes the superbly luxurious Sea Island Cotton. Devine!!!!
http://www.socksfox.com/zimmerli-underwear-m-32.html

Keep up the good work.

Simon,
Do you have an opinion of Schiesser underwear from Germany?

I’ve only tried one T-shirt, I’m afraid. I liked the material, although as with Zimmerli some of the styles are a little outdated

I have Sunspel underwear and like it a lot. It’s very well made and well designed. The t-shirts are fantastic as well. Perhaps the fabrics aren’t quite as exclusive as Zimmerli,but they’re still very fine and much more reasonably priced.

I don’t know, but it is certainly all made in Switzerland. I’ve been there.

Sometimes ‘made in the EEC’ is just what’s required for tax purposes and therefore that’s what is included. Saying made in Switzerland is just a branding choice

This is because not all underwear is made in Switzerland.
Only their basic line is.

I’ve read in numerous place about (underwear) tops/t-shirts/vests made from a blend of cashmere and silk, even on manufacturers websites like Bresciani, but for the life in me I can not find them any wear.

No, sorry…. Let me know if you find them though

So far, I have found Bresciani do them, however, they are made on request through the retailer.
Maison Cashmere seem to do a 100% cashmere t-shirt https://maisoncashmere.co.uk/mens-cashmere-t-shirt
Hanro do a cashmere and silk T-shirt too.