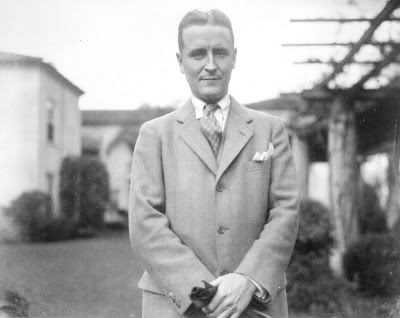 We all fuss a little too much with what we wear, if we care about it. A reader reminded me recently of a  wonderful passage in Fitzgerald’s Tender is the Night that illustrates quite how much this fiddling can undermine our ideas of elegance and poise:
–
They were at Voisins waiting for Nicole, six of them, Rosemary, the Norths, Dick Diver and two young French musicians. They were looking over the other patrons of the restaurant to see if they had repose — Dick said no American men had any repose, except himself, and they were seeking an example to confront him with. Things looked black for them — not a man had come into the restaurant for ten minutes without raising his hand to his face.
“We ought never to have given up waxed mustaches,” said Abe. “Nevertheless Dick isn’t the ONLY man with repose —”
“Oh, yes, I am.”
“— but he may be the only sober man with repose.”
A well-dressed American had come in with two women who swooped and fluttered unselfconsciously around a table. Suddenly, he perceived that he was being watched — whereupon his hand rose spasmodically and arranged a phantom bulge in his necktie. In another unseated party a man endlessly patted his shaven cheek with his palm, and his companion mechanically raised and lowered the stub of a cold cigar. The luckier ones fingered eyeglasses and facial hair, the unequipped stroked blank mouths, or even pulled desperately at the lobes of their ears.
A well-known general came in, and Abe, counting on the man’s first year at West Point — that year during which no cadet can resign and from which none ever recovers — made a bet with Dick of five dollars.
His hands hanging naturally at his sides, the general waited to be seated. Once his arms swung suddenly backward like a jumper’s and Dick said, “Ah!” supposing he had lost control, but the general recovered and they breathed again — the agony was nearly over, the garçon was pulling out his chair .
With a touch of fury the conqueror shot up his hand and scratched his gray immaculate head.
“You see,” said Dick smugly, “I’m the only one.”
–

I see what you mean, and think this is a lovely passage. However, isn’t the point of it that all these Americans are quite unable to relax and keep still in public? It isn’t that they care about their clothes so very much, rather that they use them as the most convenient fiddling objects.

You’re right Martin. I think it’s just that if you care about your clothes, that’s the thing you worry about and so fiddle with

As much as I would like to be able to “forget all about” the clothes I’ve “chosen and put on with care” the same morning, I keep catching myself fiddling with the handkerchief, correcting the tie or tugging a cuff that slid up my jacket sleeve.

A true curse for any style conscious man! And it must look truly ridiculous for anyone else seeing it happen repeatedly 🙂

Still, I earnestly prefer this perhaps manic behaviour, before unconsciously wearing ill fitting bulky shirts, tucked inside too wide khaki slacks, violently pulled together in the waist area by a worn brown belt of poor quality, contrasting to those black, thick rubber soled, round toed oxfords I see wherever I go 😀

Wow.
It never ceases to amaze me the lengths that so-called “elegant” people go to to prove themselves better than others. A truly elegant man would just be happy to be himself, without constantly looking for others to whom he can falsely feel “superior”.
It’s passages like that, as well as their motivations, that make so many men want to be the exact opposite of Dick. Too much preening on his part.

I thought about this passage, and came looking for it, when a global health crisis made us all aware of how often we touch our faces.

Wonderful. I had completely forgotten that – thank you