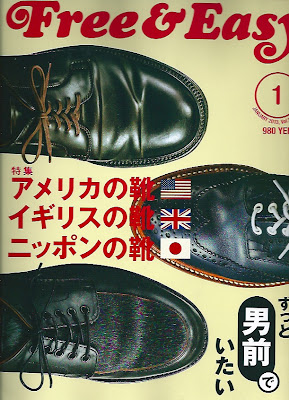 This column in Japanese magazine Free & Easy is the result of the photo shoot I posted about before Christmas. I have no idea what the Japanese text says, but hopefully it faithfully reports my opinions on shoes and shoe collecting, and describes the shoes pictured – from Cleverley, Gaziano & Girling and Edward Green. 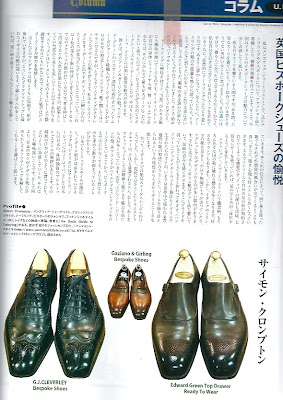 The magazine itself, a shoe special, is a wondrous thing. So many shoes; so much information. There are several obvious errors, at least in the English: Leffot in New York is called ‘Effot’ and the John Lobb feature includes a section called Closing which is actually lasting.

But you can’t knock the volume and depth of information, with step-by-step profiles on Alden, Foster & Son, Lobb, Tricker’s and others, as well as pages of catalogue-type listings. 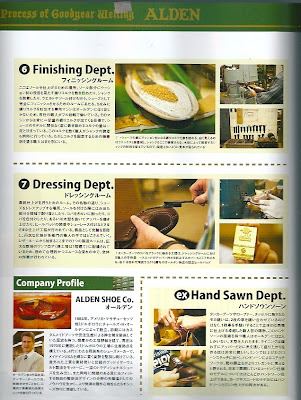 You can follow the discussion on Permanent Style in Free & Easy magazine by entering your email address in the box below. You will then receive an email every time a new comment is added. These will also contain a link to a page where you can stop the alerts, and remove all of your related data from the site.