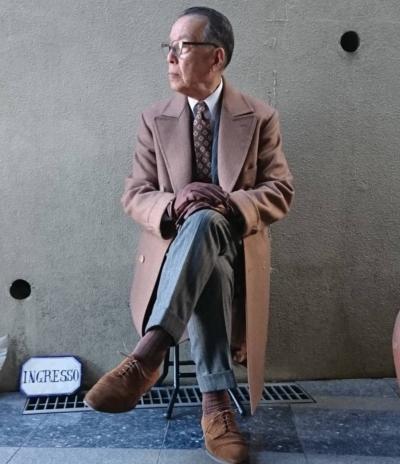 This headline is a deliberate piece of rhetoric - but you knew that, didn’t you?

An award like this cannot hope to provide a complete view of what women like men to wear. If indeed such a thing existed - if it were not just a chaotic, inconsistent group of preferences.

It is not intended to. Its aim is more modest: merely to provide a slightly different slant, a brief alternative to the normal discussion in menswear, which is men commenting on other men.

Just as it can be broadly commented, for example, that men are often geeky about ‘stuff’ - whether cars or clothes - so I find that women often care more about how comfortable a man is in what he wears than anything else.

This year’s award for best-dressed man is an exercise in exploring that.

I asked four women I know who work in menswear (two cutters, one tailor and one designer) to pick their best-dressed men from the list created by readers two years ago, in our first best-dressed award.

They could use whatever criteria they wanted (this isn’t necessarily about physical attraction, and that was never mentioned) and knew they would be anonymised.

It was fun. Full of biases, I’m sure, not least the fact they all work in menswear. But fun, interesting, and with enough commonalities to make it feel worthwhile. And I love the fact that Yukio Akamine won.

Permanent Style: Who did you think was best dressed, and why?

K: Yukio Akamine (above, @akamineyukio) was my favourite. I thought he did colour and texture so well. There were a few outfits on his Instagram where he was very tonal - like a brown suit, brown shoes, brown socks, and tan tie. It was unusual, but it really worked for him.

N: I agree, it felt like he knew his own style and what suited him. Even though there are quite a few unusual outfits there, it all looked very natural.

S: I thought the number of different styles was impressive - formal suits, blouson and boots, roll neck with tennis shoes. And it doesn’t look posed - although the shots clearly are posed, he doesn’t look that self conscious.

C: There’s a lot of character there, and personality, but without showing off. Women certainly don’t all like the same thing - I have so many female friends with completely different tastes - but if there’s one thing you can generalise about, it’s that they like guys that aren’t trying too hard.

As a cutter, I find a lot of guys come in wanting a look like that - tight jackets, narrow trousers. They think it looks sexy, but it doesn't. It’s a kind of a French look to me. I don’t like to tell them, but I try to ease them away from it.

S: It's definitely off-putting if someone looks too fussy. They look uncomfortable, which makes you feel uncomfortable.

I think it’s the same with how women dress too, actually. Even though women might wear more things generally, more jewellery, more accessories, there’s definitely a point where they’re wearing even more than everyone else, and trying too hard.

(Things like botox are similar in a way - they feel a little unnatural, and so make you uncomfortable.)

I liked Adam Rogers’ style (above, @adam_rogers_) a lot for that reason. I’ve seen him around and he always looks so easy and elegant in his clothes. They’re quite unusual, but he clearly lives in them. And I didn’t like Chad Park so much for the same reason. God it’s so hard be judgmental about people! It doesn't come naturally to me.

C: I agree on Adam’s style, though personally I adore linen so I love how he wears that with everything.

Another bias I know I have, is that I like men to look good in casual clothing. I spend so much time around sharp business wear - it’s what I make and fit all day - that I take that more for granted. It’s really impressive when a guy can look just as great in casual things.

K: Shuhei Nishiguchi (above, @shuhei_nishiguchi did that well. He probably has the greatest range of looks of anyone in the whole list - T-shirts, leather jackets, suits, roll necks, jewellery. He’s a little more posed, but looking good in all of that is impressive.

N: For me that range is important, but because I feel it expresses different parts of the person’s personality. We all have different sides to us, so I like it when someone can express all of that through their clothes and how they wear them.

I was quite rigorous with my analysis - I had different categories, and rated people out of 10 for each one. Range was an important one.

I also think that point about looking natural in your clothes is about honesty. If someone is being emotionally honest and open with you, it's attractive, and that comes across in how you dress as well.

Ethan Newton (below, @ethandesu) had that authenticity for me. Nothing looked forced.

K: Yes Ethan looks good - and Ben [Phillips] and Tony [Sylvester] should have been in that list too, they all look so good, in similar ways.

Hats are a real sign of confidence in how you dress, and all three of them have that. A beret looks fairly subtle on them, easy, and then Ethan pushes the boundaries a bit more with his cowboy hats.

S: Kamoshita has that too. He looks so happy and at ease, yet often unusual. Perhaps there’s just something about being in the industry for decades, having to dress well every day. It must give you a lot of confidence in what you look good in.

N: I liked Kamoshita’s style, though I thought maybe his look wouldn’t work for everyone, particularly the ascots.

S: Andreas Weinas (above, @andreasweinas) clearly does tailoring very well. His execution is perfect. Though as a tailor I think he’d look great with shoulder pads! He’s got good shoulders, they’d look sharp and strong.

C: Andreas might be the most tightly curated of everyone - and best put together in that sense. It was very consistent. We get a lot of people coming into the tailoring shop with pictures of him to reference (as well as you Simon - it’s always you or him!).

N: I spend some time judging fashion students, and even with them, I think the point about being comfortable in what you wear is important. No matter how unusual, it has to feel like an extension of themselves.

K: Across all the men, it feels like the best-dressed ones have spent time slowly finding out what they like, what suits them, and settling into that look. I’m not sure how you can tell that from a set of photographs, but that’s definitely what comes across.

C: Agree. I've never thought about it before - never rationalised it all actually - but that's core to looking good. 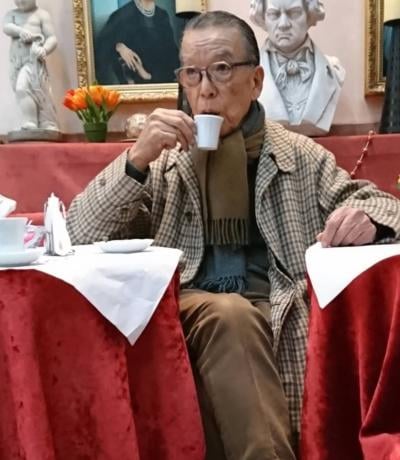 You can follow the discussion on What do women like? by entering your email address in the box below. You will then receive an email every time a new comment is added. These will also contain a link to a page where you can stop the alerts, and remove all of your related data from the site.

Thanks Chris. I do often try browns and camel colours - both I generally find too strong. I also don't personally like flannel for jackets. It's not designed as a jacketing and usually looks too much like part of a suit.

Ah ok, thanks for letting me know

1- Brycelands ones are a similar fabric to the old Armoury ones, but a rather different cut. Wider and higher 2- No, sorry

Not much, it's not an easy colour. Maybe a mid-grey