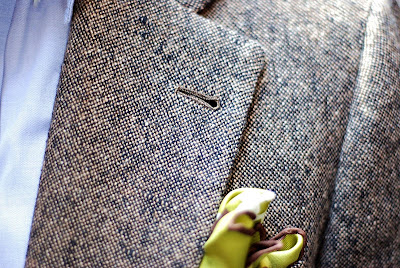 The Rubinacci jacket is back, and feeling pretty good. Having been worn once, all day today, I don’t feel it’s too early to say that this is the most comfortable bespoke jacket I’ve ever worn. That might not be surprising, given that it’s a loose-weave cashmere, quarter lined, with a half canvas, minimal shoulder padding and no sleeve lining. But the voluminous sleevehead and small armhole have got something to do with it as well. 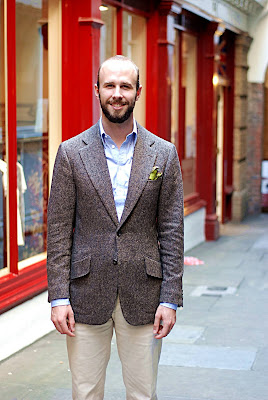 The fit is very good. My only question is a little excess cloth on the back, where the shoulders might be collapsing slightly. Initially when trying it on I thought the collar was standing away a little as well, but it is has stuck thoroughly all day. If the excess on the back looks the same in a couple of weeks when Mariano is back in London, I may ask for it to be taken out.

The unlined sleeves certainly make the jacket more comfortable. Your arms do catch on the inside, but far more in taking off the jacket than in putting it on. And of course, if you rarely take it off because it’s so comfortable, neither is much of a problem. 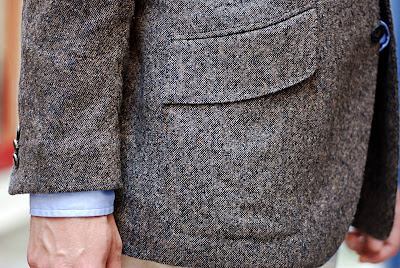 I like the curved hip pockets and longer flaps, as well as their tacking to the inside, which suggests the shape of the pocket without being a patch. Interestingly, Rubinacci runs the frontmost dart in the waist down to the bottom seam (along the front of the pocket), where most English tailors run the back one down instead (through the middle of the pocket). And while at Kiton last month I was told their new Lasa line will switch to the front dart as well. 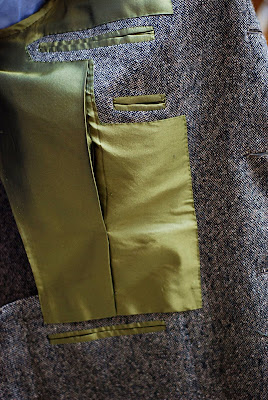 On the inside, the cloth is used to form the pocket bag, where normally it would be the silk lining. I like this detail, which restricts the lining to the area of the inbreast pocket and a curve, up to the armhole and then across the yoke. 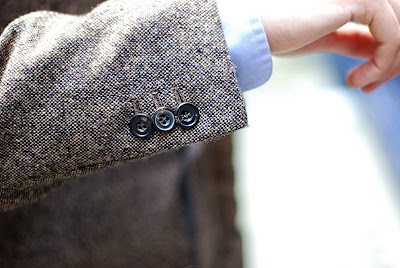 The buttonholes are not as fine as some (Cifonelli being a good example). Obviously a cashmere Donegal like this is very loose and requires a light hand, but then so did the Cifonelli Harris tweed jacket. Still, you can’t fault the handwork elsewhere, such as the finishing on the back seam inside and the edging on the lining.

As a casual jacket this style works well. It is very versatile and soft enough to work with any kind of trouser. As a suit or in a more formal cloth it would make more of a statement.

You can follow the discussion on Rubinacci cashmere jacket 6: Finished article by entering your email address in the box below. You will then receive an email every time a new comment is added. These will also contain a link to a page where you can stop the alerts, and remove all of your related data from the site.