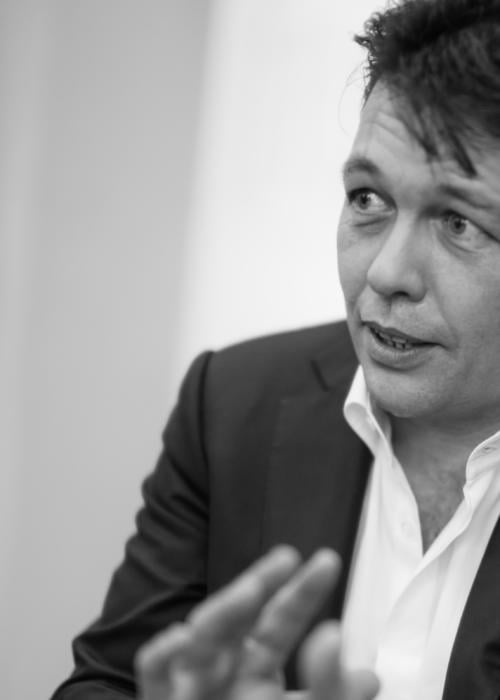 My interview with Jonathan Clay last week went down well with readers – perhaps because he’s not the kind of person that would normally be interviewed. As the supplier of Italian ready-made suits, he sees all sides of the industry, but rarely talks about it.

I saved my favourite part of that interview for a separate post, which I present here: The old 1-6 rating system for suits. I’d suggest it should be reintroduced to the suiting industry, to give some clarity for consumers. And then rigorously enforced.

PS: You mentioned earlier that there used to be a rating system for suits being supplied to brands. How did that work?

JC: Each suit was given a number from 1 to 6, depending on the make and level of hand work.

Would both of those have been fully canvassed?

Yes. Then you went down to a number 4, which was a machine-made product – fully canvassed still but with little or no handwork. Number 3 was half-canvassed; number 2 had even less canvas, just a small patch in the chest; and number 1 was entirely fused.

Who enforced the system?

No one really, but it was common knowledge around the industry. So much so that as an agent, you would phone up a shop and say you had some number 4 suits to show them, and they might say no, they were only interested in number 5s, for example. Everyone knew what they were talking about.

And everyone could recognise the way a suit was made, so there was no way you could pass one number off as another?

No, you couldn’t. Any buyer would know instantly what level the suit had been made to.

Why did it die out?

Quality became less important; it was less of a selling point than the design. And the level of consumer knowledge dropped as well, so they didn’t recognise a change in quality.

There’s one Italian designer I know who has a fully canvassed line and a half-canvassed one. He still fuses the first one, rather than leaving the canvas floating, because he feels customers won’t accept a suit that feels different. The look must consistent.

Quality needs to be a selling point again, something sales assistants know about and point out to people. Don’t just have the provenance on the label; have a clear indication of quality. It’s something you should fight for.

I’ll do my best. It would also be great for online retailing – where it’s that much harder to assess quality in person.

Exactly, everything looks the same online. They’re all navy suits in white boxes.

But even in a physical shop, you can’t see much of the value of a suit – it’s mostly on the inside. You won’t feel the value until you’ve worn it for six months. Until it’s moulded to you.

Would you include anything else in the system today, such as hand-sewn buttonholes?

Hand-sewn buttonholes were included in there, but for their functionality, rather than how they looked. You don’t want to start including design elements that are personal and will go in and out of fashion – like a Milanese buttonhole. Everything has to have practical, universal benefits.

Could bespoke elements, such as a hand-padded canvas, make up a number 7?

Perhaps, yes – that certainly has practical benefits. But the system is of most use in ready-made clothing, where there is so little transparency and understanding. Once that’s established people can create their own super-numbers. There will always be people that call themselves a seven-star hotel.

You can follow the discussion on The 1-6 suit rating system by entering your email address in the box below. You will then receive an email every time a new comment is added. These will also contain a link to a page where you can stop the alerts, and remove all of your related data from the site.