Where and why I shop: Wei Koh, The Rake

Next year I will publish a travel guide to the best men's stores around the world, with Thames & Hudson.

Alongside the city chapters there will be interviews with well-travelled people in the menswear industry, highlighting their tips and insights. This is an extract from Wei Koh's chapter in the book. 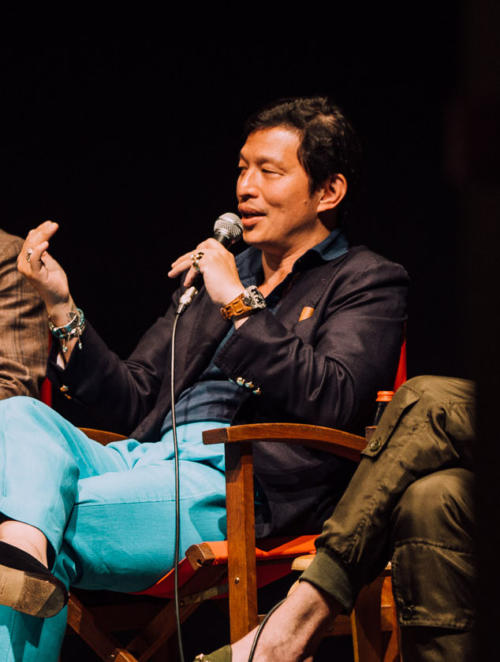 Wei Koh, the founder of men’s luxury magazine The Rake, is one of life’s nomads. He travels the world for work and pleasure, often visiting the best bars, shops and artisans.

Here he gives us a few of his favourites, from the world of menswear and further afield.

Permanent Style: How do you see the world of luxury retail around the world?

Wei Koh: I think menswear has grown very fast in recent years, and that has created an issue where you have the same shops selling the same thing in every city - which can be a little demoralising.

It has led to the loss of some great stores. One was cutler G Lorenzi in Milan, which sold some of the finest accessories you could buy, but still had the character of a local store. Via Montenapoleone isn’t the same without it.

There are still a lot of those shops around, but you worry how long they’ll last.

Talarico umbrellas in Naples, for instance - it produces some wonderful hand-worked umbrellas, but Mario Senior, like many artisans, is getting on and you can’t see his son taking over the business in the same way.

Do stores like that have to adopt modern communication methods? Or is it enough just to consistently produce a great product and rely on word of mouth?

I think there is enormous potential in the former, but you can certainly still rely on the latter.

An example I love is the jeweller Nardi in Venice. Part of their charm is the fact they are so little known. Back in the 1950s they were considered one of the world’s great jewellers, but their profile gradually fell over the years.

Even if I don’t go to buy anything, I always visit when I’m in Venice just to get away from the general sales and marketing that surrounds big jewellery generally.

The Venetian style of jewellery is very distinct - an almost byzantine combination of Italian and Eastern styles. 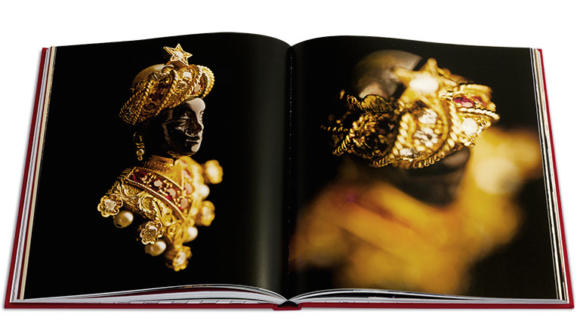 Are there any other jewellers you visit?

I’m a big fan of rock ‘n’ roll jewellery, and there are some great places around the world - like the The Great Frog (which is now in the UK and a few US cities) or Crazy Pig in Covent Garden.

I’ve just commissioned a gold skull ring from the latter, in a yellow gold that is the same shade as my vintage Omegas and Rolexes.

I like visiting motorbike shops too, and one of the best is The Bike Shed in London’s Old Street. You can buy an amazing motorcycle there, but also great memorabilia.

How about motorcycle clothing?

Well The Real McCoy’s is up there - they probably make the best leather cycle jackets.

A Japanese company but with a shop in London, they’re obsessive about recreating old jackets and styles. And Freewheelers is also good - a bit more niche and unusual.

The Japanese are very good at these vintage creations, but I think everyone who ever goes to Tokyo should also visit Ethan Newton’s shop, Bryceland’s. He’s got such extraordinary taste.

All of his brands are at the highest level of artisanship, but also fit into Ethan’s view of the world, which is nicely quirky.

He has Liverano and Ambrosi, and even turned me onto an exquisite hatmaker called Tatton Baird in Springville, Utah.

How much do you think a destination shop like that has to be driven by a single personality?

To a great extent, I think. People talk about going to these shops to experience the place, but for me it’s a lot about experiencing the person as well.

The shop is really an expression of that person’s perspective on the world, and the things in it the objects they have decided to populate it with.

Simone Righi in Florence is a favourite. He used to run Tie Your Tie but now has his own shop, and I go in there once in a while just because it’s such a cool place.

I never go with the idea of buying anything specific. I usually just ask Simone, ‘What do you think I should purchase? What would suit me?’. He’ll pick up a tie, or a scarf, and it will perfect.

That’s the kind of personal service you can never get online, no matter how well it’s curated.

Mariano Rubinacci is good that too - at picking things out specific to my taste and lifestyle.

He will often suggest tie/combinations of ties and pocket squares that I would never think of, but immediately work. Half the fun is putting yourself in someone else’s hands.

I’d include Lino Ieluzzi too, from Al Bazar in Milan. Everyone goes there to hang out with Lino because he’s so welcoming.

I can’t count the number of coffees and conversations I’ve had with Lino over the years, yet I’m convinced he doesn’t speak any English! I always leave with a something small - it’s the best souvenir.

You seem to have a particular fondness for places presided over by entertaining people.

Absolutely, which is why I think it’s such a good idea to highlight shops like this. That experience can never translate online.

Other places I’d include would be Marinella in Naples. So small and basic, but it’s lovely talking to Maurizio [Marinella].

And Charvet in Paris. Whether you like their style or not, it’s always worth a visit.

Do you think the best shop owners are similar to bespoke artisans, in that a key skill is understanding customers on a personal level?

Yes, it’s very similar. As a man you have a vision of yourself, what you like to wear and how you want to come across.

You have to trust the person helping you do that, whether it’s a tailor, a shoemaker or a curator in a shop.

Trust is key, and it’s a very delicate thing. Each time they recommend something, or make something, it will reinforce that trust or damage it.

Can you say what your favourite place is in London?

Probably Davidoff - I always have to go whenever I’m around. Edward and Eddie [Sahakian] are just the kindest and warmest human beings.

If I have nothing else to do I will always wander in, and there is no greater pleasure than spending 10 or 15 minutes there, having a chat and picking a few cigars.

Just like the good wine shops, they not only curate the new things but collect the best vintage examples as well.

I think the thing to remember is that the very act of shopping is unnecessary. None of us need these things; any essentials can be acquired quickly and easily online.

The act of shopping is all about experience, from beginning to end. That is what will keep all these independent stores going in the long run. 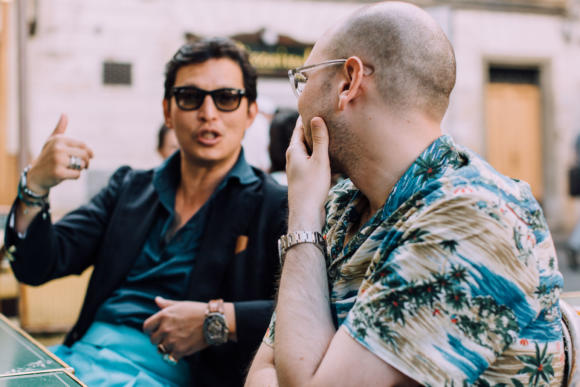 You can follow the discussion on Where and why I shop: Wei Koh, The Rake by entering your email address in the box below. You will then receive an email every time a new comment is added. These will also contain a link to a page where you can stop the alerts, and remove all of your related data from the site.

Nice idea. I'd put a leather trainer similar in style to Common Projects, and a canvas one similar to Doek, in that middle area. Also more casual loafers from Alden for example.

Cheers Stefan. Just to be clear - we did order some size 2 and they're available on the website? On the MTO system, yes that can work very well, the only issue is how much longer the whole process takes - this production process began…

Yes, they should be. Usually it takes 2 days or so to ship. Do email the support team if you haven't heard anything - [email protected]

Good point Ollie, and maybe worth a separate post. Generally, it's been OK because I haven't changed much, and because I carry on travelling to these places - eg I had my Liverano altered last year by them in Florence. It only needs one visit.