How good is Uniqlo knitwear?

When you buy Uniqlo knitwear rather than something more expensive, what are you getting?

What is it about the product - rather than where it’s made, or by whom - that you're sacrificing?

These are the questions I set out to explore in response to readers voting Uniqlo merino knitwear the best value clothing in the PS Awards.

To do so, I bought and wore a piece myself, but also spoke to three industry experts - a spinner, a knitter and a retailer, all of whom have experience of the top and the bottom of the market.

I showed them my piece from Uniqlo and one from John Smedley, and asked them to analyse the differences.

The conclusion that Uniqlo is very good value for money should not be surprising. Because they’re very good at what they do, and because there are always diminishing returns with increasing quality.

What’s more interesting is what specific qualities make up that value - and what it says about costs of production as well as our priorities as consumers. 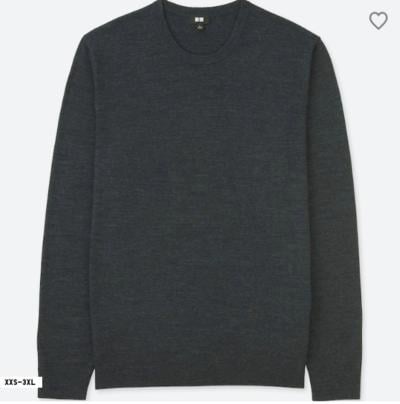 I haven’t worn Uniqlo for a few years - and when I did, it was cashmere - so I was interested in how it would wear.

In short, it was very impressive. The merino felt good, had some nice stretch to it, and didn’t feel flimsy. The ribbing and general fashioning was nice. Not as fine as the work on the PS pieces we make in Italy, but that’s a step up on John Smedley too.

I wore it seven times, and didn’t notice any obvious issues with wear or stretch. (Though it would have to be pretty poor to wear after that long - something more like 50 wears and five washes would be better - as I’m sure the voting readers have done.)

The only things I noticed were perhaps a heaviness to the Uniqlo knit compared to other pieces, and a slight fluffiness on the surface.

With the little knowledge I have of knitwear, I guessed that the fluffiness was due to either short wool fibres or extra finishing that had ‘burst’ the yarn deliberately. But I didn’t notice any negative effects of either in my (pretty limited) wear trial. 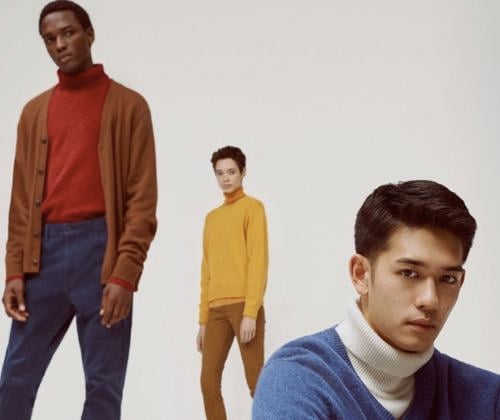 The more interesting points came from showing it to the experts (and I’ll combine their observations below, as they all said pretty similar things).

First, the fashioning (where parts of the jumper are joined together) was good, they all agreed. Perhaps a little thicker in places than the John Smedley (cost, £165) but not much.

Second, the yarn. That fluffiness was certainly in part due to the length of the fibres. Uniqlo advertises this range as using extra fine merino wool, and the wool is almost as fine: 19.5 micron where Smedley is 18.

But fineness is only one factor, as anyone used to discussing Super numbers in suits will be aware. Another one is length. Longer fibres make for smoother, more consistent yarn, and lightness in the final product.

It seemed fairly clear that the Uniqlo jumper used yarn with shorter fibres and more inconsistent lengths (it’s the latter that causes some to separate from the yarn, and that fluffiness).

However, this thickness and fluffiness isn’t absolutely, necessarily bad. After all, some shetland sweaters are deliberately brushed to make them fluffy.

If you want smooth knitwear, it is bad; if you don’t, it isn’t. Tweeds are less luxurious than fine worsteds in the same way, but not necessarily inferior. 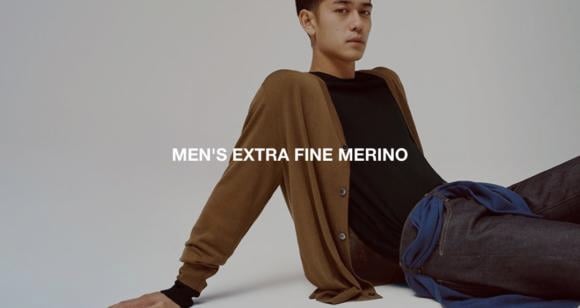 The weight might be slightly more objective. If you’re buying thin, fine merino knitwear, you probably don’t want it to be heavier than it has to be.

The Uniqlo jumper was noticeably heavier (I weighed it - 30% more than Smedley) despite looking as thin. Partly this was down to a second difference: the looseness of the knitting.

The Uniqlo was knitted more loosely and openly than the Smedley - seen through greater transparency when held up to the light. And it’s that openness that created the stretch I’d noticed.

The people I spoke to speculated that this was done to stop the knitwear becoming too heavy. If it had been knitted more closely, the thicker, fluffier yarn would have made the Uniqlo piece perhaps too obviously heavy for the consumer.

Knitting like this also means less yarn is required, making the jumper cheaper to produce.

But whatever the motivation, the question again is whether that looser, heavier feel matters to you (or perhaps, how much it matters).

An obvious downside to the looseness is the jumper losing shape over time - but readers seem to have said this hasn’t happened to them. 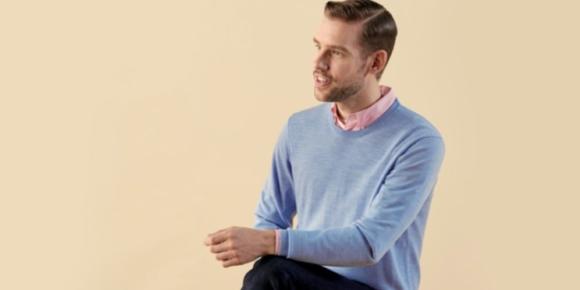 The most striking aspect of the analysis, for me, was the finishing.

Two of the experts pointed this out immediately. They said I should try rubbing the piece with my fingers, and then rub the fingers together.

They felt oily. Or perhaps not oily - more smooth, like moisturiser. They said this was the chemical finishing that had been put on the garment, to make it feel softer. Uniqlo also says it puts finishing on the garments to stop them pilling, so this might be part of the same treatment.

I found it fascinating that the feeling had never occured to me with my sweater, but once I was told it was there, I couldn’t stop feeling it.

Of course, this will also matter to some people more than others. But I think there’s usually a desire to experience the material directly with knitwear, rather than any treatment.

Suits and shirts can be so fine that they don’t feel like wool or cotton any more. But with knitwear, I more want to feel the wool and its properties.

A last area we looked at was pilling. This is easy to test roughly - just rub two parts of a sweater together, and compare the results after 10 rubs, 20 rubs, 50 rubs etc. It’s fairly basic, but you get a decent idea.

The Uniqlo sweater didn’t show any obvious pilling even after 50 rubs, but it definitely became fluffier. The anti-pilling treatment will also wear off with washing at some point - even if it’s done well, and therefore lasts 20 washes rather than five.

I think most people associate pilling with poor quality knitwear. Certainly it’s something that readers regularly bring up when discussing brands. (Of course, as we’ve discussed, some of this is down to a lack of washing.)

So if you were a large company trying to produce knitwear that customers would think was good value, an immediate softness and a lack of pilling would probably be at the top of the list. That seems to be what has been prioritised here. 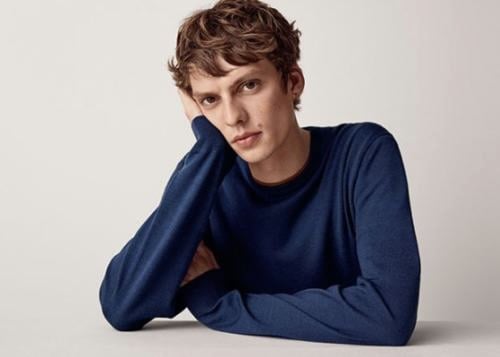 A lot of the difference in price between Uniqlo and John Smedley is not in the product itself.

Big factors will be where it is made (Uniqlo made this piece in Cambodia) and volume. Uniqlo will use large flat-bed knitting machines rather than the old, long machines you see at Smedley, and will buy its yarn in bulk.

But there are definite differences in the final product too, including length of fibre, weight, knit and finish.

That doesn’t mean Uniqlo isn’t fantastic value for money, and not a deserved winner of this award. It is. But neither should anyone think they’re not giving something up by paying a fifth of the price.

There are real differences. The only question is whether you care about them.

You can follow the discussion on How good is Uniqlo knitwear? by entering your email address in the box below. You will then receive an email every time a new comment is added. These will also contain a link to a page where you can stop the alerts, and remove all of your related data from the site.

Sorry to hear you felt that Dan. I know it has been useful for others. To be honest, it's not hard to find simple diagrams like this elsewhere, but that doesn't deal with the depth necessary to understand exactly what rise you like and works…

I think they'll still be around for a long time. But perhaps something to get when you have most other bases covered

No worries, understood, and yes you're right that those more casual shirt and tie materials are then fine for everything you would wear