Men need a new uniform to adapt to air conditioning. Here’s a suggestion.

Let’s start with history and practicality. Suit jackets were never meant to be taken off. A man, no matter what his place in society, strained to have a clean collar and cuffs in order to appear smart. But these were detachable from the main shirt, which would be reworn for reasons of economy.

The maximum that was ever visible of a man’s shirt was his collar, cuffs and shirt front. For example, in Dickens’s Martin Chuzzlewit, the younger Chuzzlewit observes that many immigrants to America pack their suitcases with detachable shirt fronts – and have no real shirts at all. They maintain an air of resp 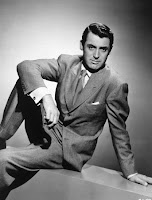 ectability by having clean, white shirt fronts. They cannot afford a shirt, but no one will know they are not wearing one, because no one takes off their jacket.

The suit, with the possible addition of a waistcoat, was worn in its whole both for smartness and for warmth. The head-to-toe grey, blue or black was considered proper and smart – only a labourer or someone at particularly heavy work would take off their jacket (hence the association of being ‘in one’s shirtsleeves’ with toil). And only someone who was not afraid to get cold. The absence of central heating and air conditioning meant men wore a three-piece suit in heavy wool merely to keep warm.

Have a look at those old Hollywood films. How often do you see a well-dressed man’s shirt? 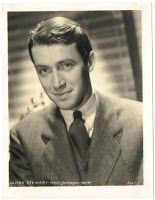 So, a suit from head to toe. Probably with long socks – both for warmth and for smartness again, to prevent showing naked leg and break that formal, dark figure. And the collar would be kept together with a tie, tucked into the jacket or waistcoat.

Today, if men wear a suit to the office they almost immediately take off the jacket. It would be too hot and probably uncomfortable to work at a computer with all day long. So they walk around the office in suit trousers, a shirt and possibly a tie. Without anything to tuck into, the tie may flap around unflatteringly. The effect is reinforced if the tie is loosened and the top button of the shirt undone. Plus, unless the shirt is very fitted, it will balloon a little around the waist.

If the man goes outside, it is likely that he will either put on both the jacket and a coat (in winter) or nothing at all (in summer). Either way, the jacket is redundant.

This redux of the classic lounge suit is often unflattering. Gone, for most of the day, is the waist-concealing silhouette of a well-made suit. That most attractive of outfits, which flatters many men like nothing else, is lost.

It is no wonder that many in the US have adopted a casual work outfit. If all you were wearing was suit trousers and a shirt, what’s the difference if you wear chinos and a shirt?

It is no wonder that putting a suit on to meet a client can feel a little artificial, like donning armour. And it is little wonder that many young men feel bored by a suit and prefer not to wear one (unless it is fashionable, as it has been for the past few years). But it is a pity.

The solution to this modern workwear dilemma will appear in the second part of this posting, on Monday.

Would you care to elaborate on the use of this theory with an odd
jacket? Does one wear:
A.) Trousers and matching waistcoat with an odd jacket?
B.) Trousers with a waistcoat/jacket pair? (I guess that would
classify as “odd pants,” really.)
C.) Trousers, waistcoat, and jacket that have nothing to do with one
another at all?

I realize that all of these might have their own specific natural
habitats. Is there one that you feel is least dandified and at home
in the office?

The idea is that you wear a matching waistcoat and trousers. The jacket/coat/nothing is then determined by the weather when you go outside.

So it should certainly be a matching waistcoat and trousers. An odd jacket with those two might be hard to pull off, but as long as it is different enough in tone yet similar in formality, it should work.

If you do feel like wearing an odd waistcoat, that is up to you. The thrust of the theory is to encourage men to wear waistcoats to work, after all. Beyond that it is really a question of your own style.

As an “office worker” I have been wearing two piece suits for years. I seem to recall being told years ago that it was “not the done thing” to wander around the office in your waistcoat without the jacket. Was that ever really the case?

I inherited a wonderful pocket watch. At the moment the only opportunity I get to wearing it with a waistcoat is with a Morning Suit at weddings.

Being an office worker myself the only room I allow myself is when I work in my own office, sitting behind a desk, to take off my jacket.

The minute I get up, for whatever reason, the jacket goes back on.

I do however wear summer suits all year round: with the heating on in the office in winter the heat would be unbearable in a winter suit.

You ought to try wearing a suit any time of the year in Queensland, Australia! Many do, I know, but they are (almost) unbearably hot for 11 months of the year. The remaining month they are tolerable. I call them, along with the required neck tie, english torture devices. A pity really, as I do enjoy wearing a suit, on those rare occassions, when it’s cool enough to do so.

If the back of the waistcoat is made of lining material (as is usual), it is not suitable as an “outer” garment; but with some waistcoats the back is made of the same material as the front, and this is entirely suitable, not needing to be covered by a jacket.
In a cold spell such as this one, the jacket is certainly not redundant, and if the office is so warm that the full suit is uncomfortable, the office is overheated.

I disagree with the previous anonymous comments.I ensure that my waistcoats have a satin back as I think it’s a much better look than a waistcoat made of just one material. I am in full agreement with your waistcoat theory- I have worn waistcoat and trousers without jacket for many years. In the summer I don’t take a jacket to work and in the winter I begin with a jacket but when the office is warm enough I take this off but still look smartly dressed