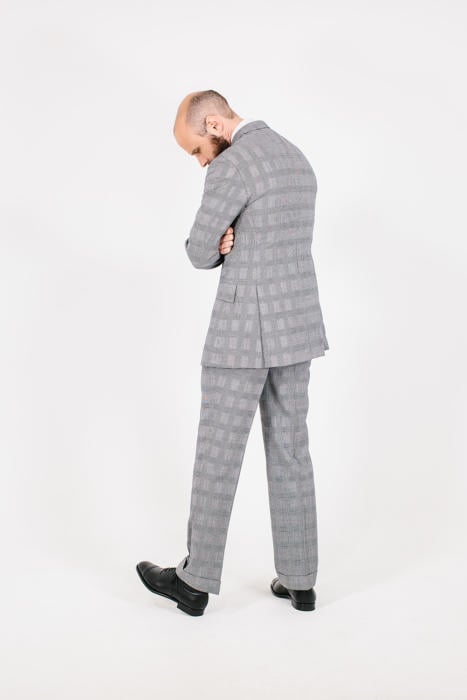 The reviews of bespoke suits I’ve written over the years haven’t always been the same.

Some included more on the experience (particularly when it was bad); some focused on the fit; others were more about style or make. Their length and depth also varied.

In order to produce a consistent, in-depth reference source, therefore, over the next few months I will be looking again at every suit I have had made by a major tailor.

Each will be re-photographed, in a studio with the same light, postures and angles.

I will comment on my experience, particularly in wearing it since I first received it, and the quality.

But the main focus will be the style: how the house cuts vary between each tailor and between each of the regional traditions. It is the aspect most readers ask about, and probably the one I have covered least in the past. 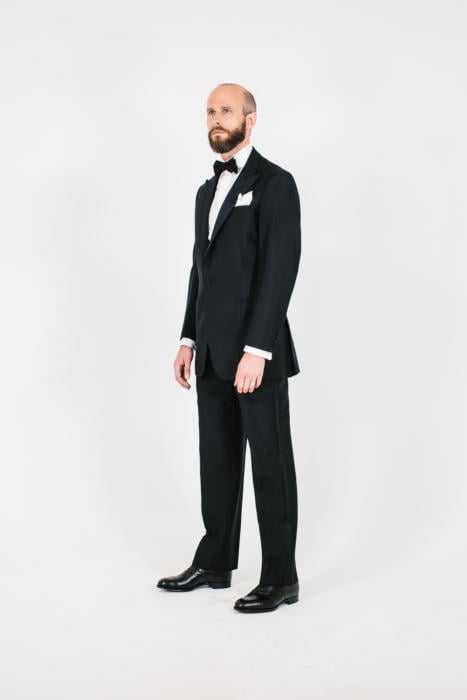 This first post will be used as an introduction and reference for the rest of the series. So here are some basic points on the methodology.

First, although some measurements will be taken and stated, there won’t be dozens of them. This is partly so that the pieces don’t become too numerical, and partly because measurements can sometimes be misleading.

For example, the shoulder width on a jacket depends both on how far that shoulder extends over the top of the arm, and on how far the collar is cut up on the neck. It varies at both ends. A smaller shoulder measurement doesn’t necessarily mean a narrower shoulder on the suit.

Second, while these posts will contain more style detail than anything covered in Permanent Style before, it is impossible to include everything.

We will select the points based on how important they are to the aesthetics and functionality of the suit, and on how much they vary between tailors.

So while we might mention a technical detail such as whether the jacket has a side body or not, we won’t go a level below that and start counting stitches per inch. It would be never ending. 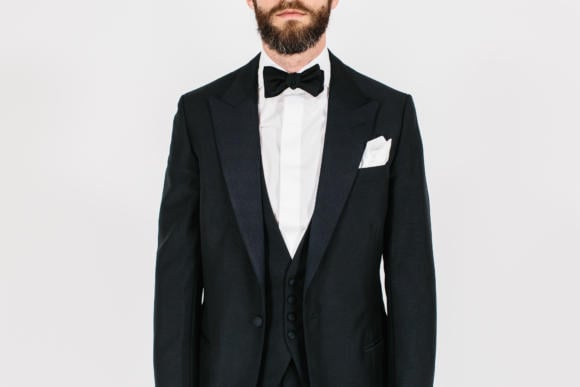 Thirdly, the focus will be on the style of the jackets, rather than trousers or waistcoats.

Trouser measurements will be mentioned, but the jacket is where most of the variation between tailors lies. And in general trouser shape and waistcoat style are more at the discretion of the customer than shoulder width, for example.

Lastly, we will cover the tailors in regional batches – English, French, Neapolitan etc – in order to highlight the smaller differences between houses in each country, and avoid being blinded by the larger ones. 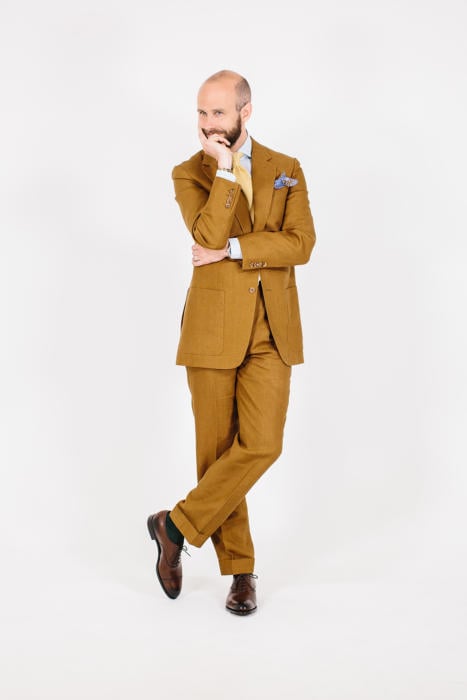 Fortunately, most of the time when I’ve commissioned suits over the past 10 years, I have gone for the house style.

Originally this was because I wanted to learn about the different houses, and was interested in their respective cuts.

But as the years went on, it was also because I knew Permanent Style readers would like to see the house styles. It was about the blog, not just about me.

So the pieces we show will be pretty representative. Each piece will also be discussed with the tailor, to check this is the case.

Some variations between the suits are inevitable. For example, there are one or two where I only have a double-breasted jacket, not a single.

But it will still be possible to compare most points, such as the shoulder padding and width, the sleevehead, the sleeve, the breast pocket, darts and so on. 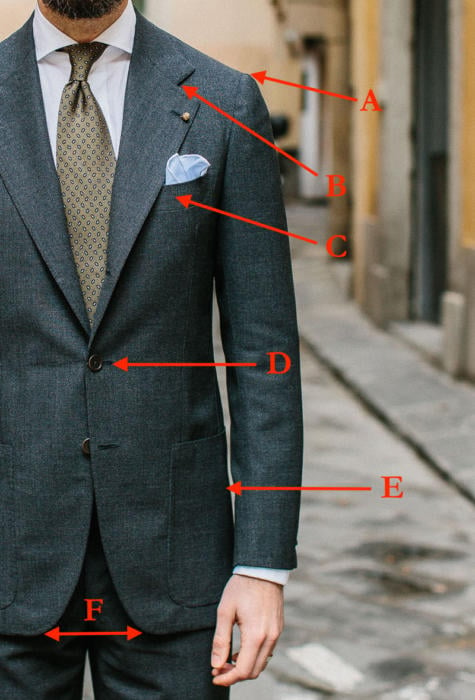 Above is a diagram that sets out some basic tailoring terms to be referenced in the pieces. It seems sensible to include it here, rather than repeat it in every article.

A: Sleevehead
B: Gorge
C: Outbreast pocket
D: Buttoning point
E: Skirt (the line, and amount of width, through the hips)
F: Opening of the quarters

I may add some definitions here later, if it becomes clear these are needed.

The first piece, on the tuxedo I had made with Richard Anderson, will be published on Friday. I look forward to hearing what you think.

You can follow the discussion on The Tailor Styles series by entering your email address in the box below. You will then receive an email every time a new comment is added. These will also contain a link to a page where you can stop the alerts, and remove all of your related data from the site.

Last reply was 2 weeks ago
The Guide to Tailor Styles